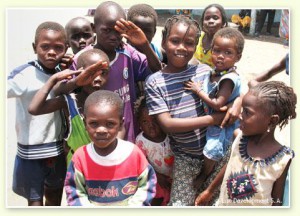 With the background of a persistent commitment by the Luxembourg Government towards microfinance and inclusive finance, the LRTM was initiated by the Department for Development Co-operation within the Ministry of Foreign Affairs in collaboration with a number of specialized NGOs with the objective to act as a catalyst for regular interactions between the main players in the field of microfinance and inclusive finance in Luxembourg.
The originality of this initiative consists in bringing together representatives from the private sector, from the public sector and from civil society in a multi actor forum, thus confronting a large variety of views, resulting from these actor’s different mandates, convictions and experiences, without losing focus on the common absolute goal that is the development and the spread of microfinance and inclusive finance.

LUXEMBOURG – LEADING THE WAY FOR EXCELLENCE IN MICROFINANCE

The Grand-Duchy of Luxembourg was among the first countries in the EU to recognize the importance and the value of microfinance as a means to fight poverty. Right away, Luxembourg would adopt an innovative policy in support of the use and to perfect this new tool.

GENERAL OBJECTIVE OF THE LUXEMBOURG ROUND TABLE ON MICROFINANCE

Maintain a high level of know how and knowledge management in the field of microfinance and inclusive finance, both seen as a tool to fight poverty around the globe as well as an economic opportunity through socially responsible investments, in view of enhancing the coherence between LRTM members’ activities.